This technical contribution is based to a large extent on findings of the research project "Analyses regarding the feasibility of pressure released insulating glass units".

In the associated research report [1], differentiation is made between two types of pressure release of insulating glass units:

Conventional insulating glass units consist of several plane parallel glass panes, which are interconnected with the help of an edge sealing system. The resulting inter-pane cavities are hermetically sealed. This is necessary in order to keep the humidity of the air in the inter-pane cavities as low as possible and thus, to prevent the formation of condensation as well as the corrosion of evaporated metallic low-e coatings. Furthermore, the filling gas must be prevented from escaping.

The potential impact of the high level of climatic impacts is the occurrence of optical distortions in reflection (pillowing), a jamming of the building components integrated into the inter-pane cavity such as e.g. solar shading systems, reduced durability of the edge seals (condensation in the inter-pane cavity) and – in extreme cases – breakage of the glass.

Pressure equalisation between the inter-pane cavity and the atmosphere would avoid high climatic impacts on the pane and the edge seals, and, thus, enable larger inter-pane cavities, with the help of which, in turn, the more stringent requirements for windows and facades could be met.

A balance between pressure equalisation and moisture penetration can be achieved by restricting the air exchange between the inter-pane cavity and the atmosphere, e.g. with the help of capillaries or valves.

Figure 2 illustrates the principle of pressure release with the help of a capillary. This acts as a resistance to the flow and delays the exchange of air. The flow rate through the capillary is proportional to the pressure differential between the inter-pane cavity and the atmosphere, and, thus, it is available for calculation.

Capillaries are available in many varieties (inner diameter, length, metal, plastic) from laboratory suppliers. In most cases, they can be shaped easily and their resistance to flow can be adjusted by cutting them down in length. Diffusion of moisture through the capillary is negligible compared to the diffusion of moisture through a simple hole in the edge seals, since the concentration gradient in the capillary between the atmosphere and the inter-pane cavity is low based on the length of the capillary.

For the technical implementation of durable pressure release of IGUs, among others, the following two issues need to be addressed:

Gas filling is not feasible with continuously pressure released IGUs since the gas would escape within a few weeks with the flow rates and diffusion. Thus, the gas leakage rate test in accordance with EN 1279-3 [2] is not applicable.

Testing the moisture penetration according to EN 1279-2 [2] is based on the acquisition of diffusion processes. A small specimen size (resulting in high edge loads under exposure to climatic impact), high temperatures as well as a high concentration gradient (low humidity in the inter-pane cavity, high humidity outside) favour diffusion processes, especially during the high temperature / high moisture storage of the EN 1279-2 test. Flow rates between the atmosphere and the inter-pane cavity are not considered in the test according to EN 1279-2, and they should not occur at all in a hermetically sealed IGU.

Based on many years of experience we know that a conventional (hermetically sealed) system, which meets the requirements of EN 1279-2, most probably also meets the requirements for regular use over a time period of around 25 years. For continuously pressure released systems there is no such experience available. Based on the conformity with the requirements of EN 1279-2, you could infer that it is sufficiently durable. Testing the durability of continuously pressure released IGUs in accordance with the specifications of the product standard EN 1279-2, is, thus, physically not meaningful and not purposeful.

Since (as explained in 4.1) verification of the durability in accordance with EN 1279-2 is not possible, a numeric calculation model has been developed with the help of which the moisture penetration as well as the degree of pressure release can be estimated.

Moreover, the degree of pressure release is determined – expressed as flexural tension in the panes and/or the pane deflection. An iterative process yields suitable capillary parameters (inner diameter, length) or valve parameters (inlet and outlet pressure), in order to reach a balance between pressure release and durability of the IGU.

With the help of model calculations, some important correlations are meant to be illustrated as an example, and which are significant for the technical implementation of continuous pressure release.

The hourly weather data necessary for dynamic calculation was generated with the help of the software Meteonorm 7 [3].

Figures 4a and 4b illustrate the pressure releasing effect of a capillary and a valve respectively. The x-axis in Figure 4a displays the hours of one year, from 12:00 am on 1 January until midnight on 31 December. The y-axis displays the mean deflection of an IGU pane. A positive value means outward bulging of the pane while a negative value means inward bulging of the pane.

The red curve for the IGU whose pressure is released with the help of a capillary (Figure 4a) forms a straight belt (no bow in summer due to high pane deflections). The belt is almost symmetrical with respect to the zero line and its amplitude is also smaller than the one of the blue belt. Thus, significant pressure release is achieved within the IGU with the help of the capillary.

Figure 4b illustrates a section of 4a, namely two days in July of that year. Near the curves for the sealed IGU and the IGU with capillary, you now also have a curve displayed for an IGU with valves. The valve parameters have been selected in such a way that the pressure release is approximately equivalent to that of the capillary. The plateaus just below the -2 mm deflection and just above the +2 mm deflection are noticeable on the green curve for the valve. These are the time periods in which the inlet or the outlet valve is opened respectively, i.e. where exchange of air between the inter-pane cavity and the atmosphere takes place.

Similar to Figure 4a, you can clearly see the effect of the pressure release. The deflections of the IGUs with capillaries or valves are significantly lower than the deflection of the sealed IGU.

With respect to the technical implementation of pressure release of IGUs, the issue arises of the quantity of desiccant that should be filled into an IGU or the spacer height that would be necessary to penetrate this amount of desiccant to ensure the service life of the IGU for about 25 years. (Figure 5)

During a time period of 25 years a number of uncertainties occur. Only a very rough estimate is possible. The following route was adopted:

The results of the estimates are also listed in Table 1. As already mentioned, these values may only serve as a rough orientation, and are not yet meant for planning / development of specific pressure equalised systems.

Impact of the location

To illustrate the impact of the climate on the moisture penetration of pressure released IGUs, the same calculations as those in 4.3.1 were made for Rosenheim and also for two other locations:

The results are displayed in Table 2.

The experimental results conformed to the forecast of the calculation model to a great degree; especially with respect to the investigations done in the climatic chamber. There were some deviations with the test specimens used under conditions of outdoor weathering. Here, it must be considered that it is significantly more difficult to capture the exact stress conditions in outdoor weathering in order to incorporate them in the model calculations.

It is possible to have pressure release of insulating glass units with high durability at the same time.

Model calculations and experimental investigations have demonstrated that capillaries are suitable to achieve a balance between pressure equalisation and moisture penetration.

Valves proved to be very promising in the model calculations. With a similar degree of pressure release as in capillaries, they lead to a significantly lower moisture penetration.

There is no general solution. Structure, size, absorption behaviour, climatic conditions and capillary or valve parameters must be taken into consideration to reach an optimal combination of pressure release and durability.

ift Rosenheim is planning another research project. The pressure release with valves needs to be investigated in greater depth. Suitable valves must combine low operating pressures (few mbar) with high flow rates, long service life and freedom from maintenance. Ideally, the valves would be passive elements that work without any energy supply. However, even active, electrically operated and sensor-controlled elements may be necessary. The valves should not be obstructed in their function by dust particles, and no dust particles should enter the inter-pane cavity through the valves. ift would like to plan and execute the research project together with cooperation partners from the relevant sectors of the industry.

The contents of this article are based to a large extent on findings that were obtained in the course of the research project "Investigations regarding the implementation of pressure released insulating glass units" [1]. The project was promoted both financially and otherwise:

as well as by the industry partners:

The responsibility for the content of this articles remains with the author. 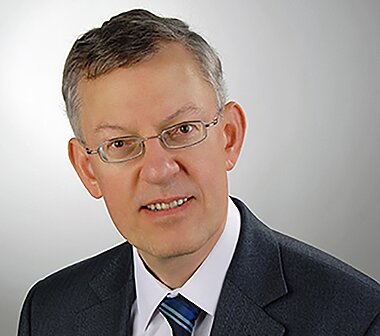 Solutions related to this topics

Articles related to this topics